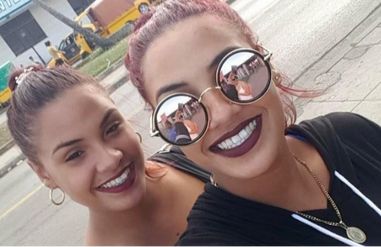 SUMMARY: Sisters Lisdiani and Lisdani (“Dani”) Rodríguez Isaac, 22 years old, reside in Placetas, Villa Clara, Cuba. They are both members of the Association of Free Yorubas of Cuba, an Afro-Cuban religious minority unrecognized by the Cuban state.

As protests broke out in Cuba on July 11, the sisters participated in nearby demonstrations, peacefully exercising their right to protest. On July 15, the sisters were summoned to the PNR station where they were accused of promoting the protests that occurred days earlier. They were taken into custody upon arrival at the station.

Lisdiani and Lisdani were held at a police station in Placetas, before being transferred to Guamajal prison in Santa Clara on July 18. Once transferred, they were finally able to communicate with family for the first time since their arrest. Shortly after arriving at Guamajal, the prison facilities were placed under quarantine due to spikes in COVID-19 cases. Family was unable to visit or communicate with the sisters since for roughly one month. Though they are relatively young and arrived at prison in good health, the young women have been targets of abuse by Cuban political police in the past. They are also primary caregivers to their mother who is unable to work, and Lisdiani’s young daughter.

Many Cubans who participated in the July 11 protests were reportedly detained, fined, or otherwise punished for expressing views in opposition of the regime, however, the Cuban government has specifically targeted minority religious communities as they attempt to censor dissidence on the island.

Lisdiani and Lisdani’s mother, with the assistance of independent legal counsel, submitted a complaint for both her daughters with the Municipal People’s Court of Placetas, Department of Attention to the Population on September 9. The complaint urged the court to review several rights violations, including due process and equality before the law without discrimination.

On September 22, 2021, the Municipal Prosecutor’s Office of Placetas in Villa Clara issued official charges against the young women, along with over ten additional participants in the demonstrations that took place that day. In the prosecutor’s findings, in addition to citing the 22-year-old sisters for expressing anti-government sentiments at various stages of the protest, they allege the young women also physically attacked multiple people present at the demonstration. Their mother, who was present at the demonstrations, has stated the marches in Placetas were peaceful, and that no resistance or vandalism occurred.

In a phone call to her mother after the charges were announced, Lisdiani denounced the accusations against her. She went on to note that State Security has visited them many times, and that they have continued to harass and threaten the young women.

Lisdiani and Lisdani, along with over ten others named in the prosecutor’s indictment, now wait for a court date where they will go before a judge to face the charges brought against them.