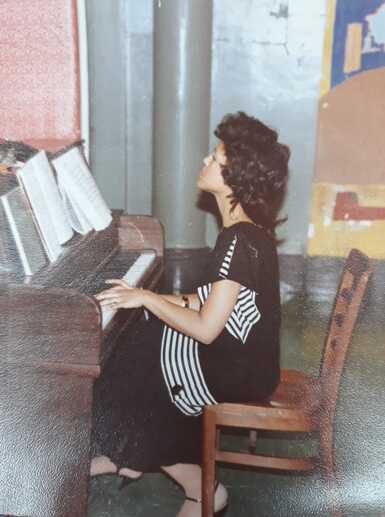 On October 2, 2017, Ms. Alina Lopez-Miyares, a U.S. citizen and schoolteacher, was convicted by a Cuban secret military court for alleged acts of espionage. She was sentenced to 13 years in prison. Ms. Lopez-Miyares maintains her innocence.

Ms. Lopez-Miyares is serving her sentence at the notorious Manto Negro women’s prison near Havana. Manto Negro holds persons convicted of violent crimes as well as political prisoners such as members of the civil society group Ladies in White.

In 2004, Manto Negro was one of several prisons in Cuba that were visited by United Nations Human Rights Commission (UNHRC) officials. The rare visit to Manto Negro and other prisons by international observers occurred the year after an island-wide crackdown on Cuban civil society leaders. According to a 2016 Human Rights Watch report, Cuba still “denies access to its prisons by independent human rights groups, which believe that additional political prisoners, whose cases they cannot document, remain locked up.”

Her 93-year-old mother has traveled from Miami to Cuba various times, a great sacrifice to this family of modest means. Ms. Lopez-Miyares’s family is incredibly concerned about how their daughter has been treated by Cuban authorities. Cuban officials have not been forthcoming to the family about the status of Ms. Lopez-Miyares’s difficult situation.

Global Liberty Alliance attorneys have requested to meet with Cuban diplomatic personnel at the Cuban Embassy in Washington, D.C. and have raised this case with U.S. authorities. Ms. Lopez-Miyares is listed as a wrongfully detained American on the James W. Foley Legacy Foundation website.

Various non-governmental organizations estimate that there are thousands of persons unlawfully detained in Cuba in over 200 prison and work camps. These people are held for political or otherwise fabricated charges such as espionage. A totalitarian police state, according to the World Bank’s Worldwide Governance indicators, Cuba has one of the world’s weakest rule of law and legal systems. Freedom House’s 2017 report on human rights in Cuba outlines how the one-party Communist state has “total control over the courts and the judiciary.”